This image is a slight departure as I’ve used cut and torn paper to tell the story and simplify things. It’s the moment when you are confronted by the unexpected. On a late afternoon visit to the rough field behind the cottage this barn owl and me surprised each other around the headland shrubbery. I was aiming at capturing the suddenness of it all.

The paper is nearly all Ingres pastel paper with a piece of old oil painting block, now
too brittle to paint on. Although the landscape is described with torn paper, there were
still some decisions to make with placing and colours. I cut out a dummy owl from
plain white paper to position it until it felt right. Cutting the bird off the edge of the frame is crucial, as is the angle, it gives the sense of surprise and urgency I was after. In the event, the bird was quite indignant, and performed a mini hover and let out a harsh squawk, before flying off in the opposite direction! 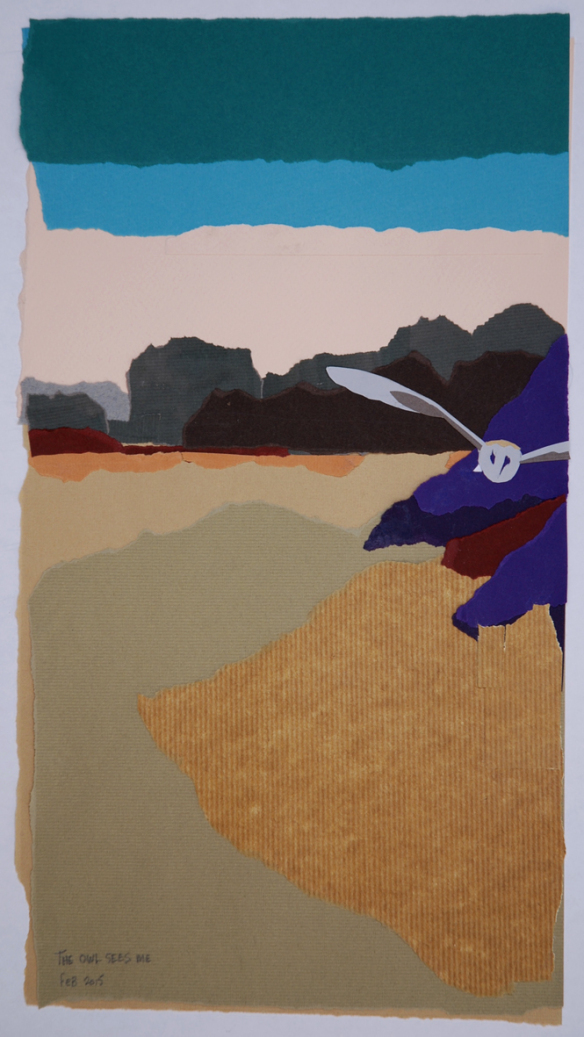 2 thoughts on “The owl sees me”