It’s a sunny and hot morning, and we are off to Oke Okanla First Baptist Church
in Osogbo, which stands proudly at the crown of the hill in a south central suburb.
Our task is to supervise the tidying up of Toyin’s mother’s grave, Patience Aduke Lawoyin. It is a large white marble affair with an impressive headstone, situated at the perimeter wall at the far end of the plot down a gentle slope, slightly overgrown with traditional gravestones dotted here and there, many broken and with much litter. 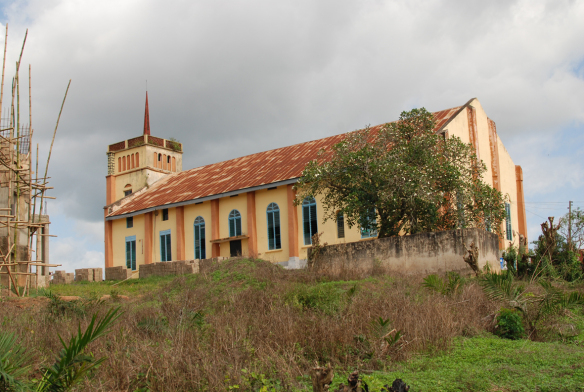 While we wait for our helper to arrive on the back of a ‘machine’, we start collecting old drinks cans, pieces of broken tile and general litter from around the site into an empty bucket sized paint can, itself a piece of litter! I’m grateful for my hat, and already thinking we haven’t brought enough water. A Woodland Kingfisher perches patiently on a wire across the road, and later presents a trophy to its mate,trilling loudly withy much excitement, on a horizontal branch of a tree in the grounds. I couldn’t make out the prey item, but guessed at a small lizard. 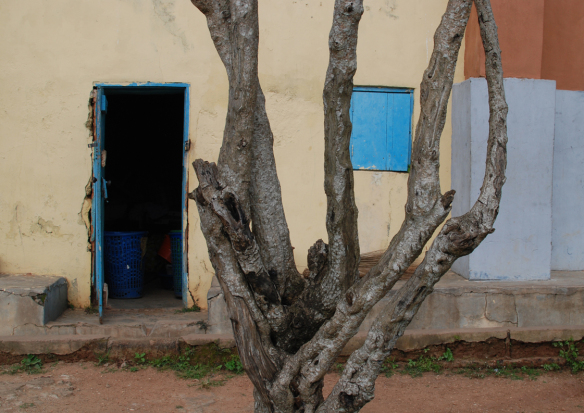 Our helper arrived and proceeded to start cleaning the marble with detergent. Standing close to two slabs of concrete lying near the wall and in bare feet, he suddenly jumped back and stabbed the ground with the scrubbing brush, impaling the small scorpion that had just stung him on the inside of his foot! This was a problem. Fortunately, there were some church members on site supervising the building of the new church nearby, and one of them was an expert in herbal remedies. In no time at all he had come down to the graveside holding a leafy branch, and after spitting on the affected area and scraping it off with a knife, he rubbed the leaves together with the venom from the scorpion’s sting forming a paste, which he then rubbed vigorously onto the affected area. The active ingredient was on the back of the leaves he explained, and that all will be well in a short time, and indeed it was. How fortunate that this healing plant was growing in the grounds! 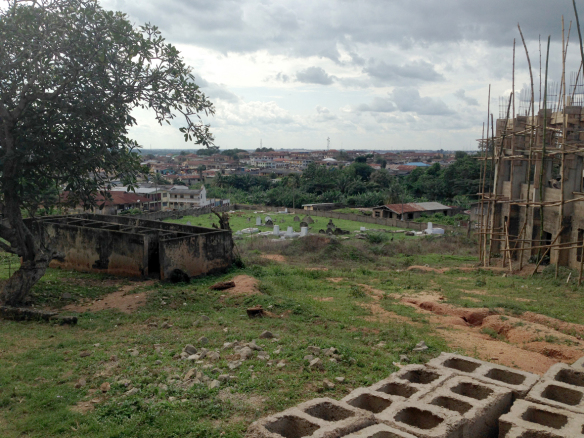 We quickly realised, as we lifted all our gear up off the ground and checked it over, that we had just been picking up random bits of rubbish pretty carelessly and not thinking at all about the potential danger…and so thank you, Patience Aduke. I may have freaked out if it was me that was stung! Many locals know the various medicinal properties of local plants, stings and bites are not uncommon, but it did provide a bit of drama. It seemed a long walk back up to the church pavement, looking carefully where each step was placed, together with a birder’s eye on the kingfishers. Somewhere amongst all this the sun had gone, behind clouds rolling in for another heavy thundery shower. 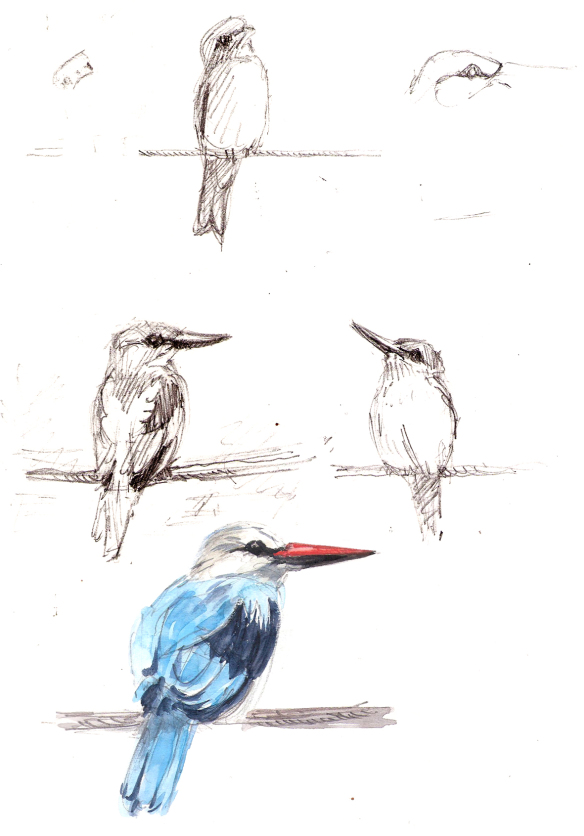